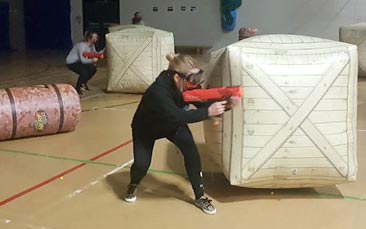 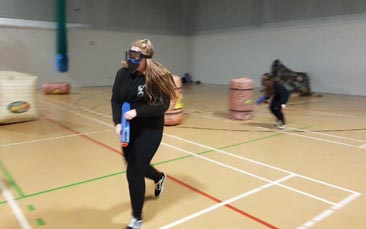 Nerf. It was perhaps one of the greatest inventions of the 90's. While some girls were playing with Barbies, their sisters (you know who you are) were grabbing Nerf guns and using Barbie for target practice ("Do you have any final requests before I let you have it blondie?").

It's time to relive the 90's. Whether you were that Nerf gun wielding Barbie wrecker or the smaller sibling out for revenge and retribution (#payback) it's time to 'bring the thunder' hen party style.

This is an hour of utter chaos and hen hilarity as you're kitted out with Nerf guns, given unlimited ammo to go and 'have at it'. It's all the fun of paintball but you won't all have to rush back to your hotel to wash paint out your hair. You'll also get to meet the rather fit ex-military instructors who will show you how to load the guns, the best ways to stay low and not get hit, how to shoot more accurately as well as team tactics and survival tips.

This is kick-ass hen party action for girls who want more than just sitting pretty, eating tiny cakes and sipping tea from china cups. Non-stop laughs and something totally different from the norm, because yes, you're different and proud.

Please Note: We work with 1000s of suppliers across the UK & Europe so prices, availability, photos and specifics on our nerf war activity may vary depending on your preferred location and dates.