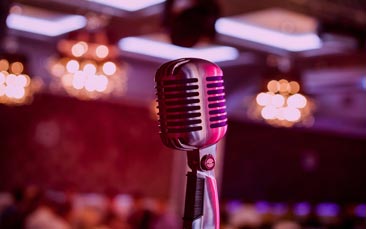 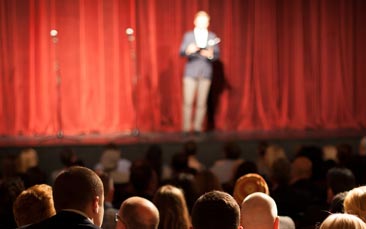 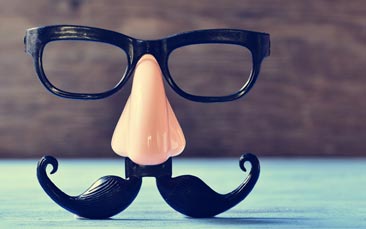 No, comedy fun all year round

What could be better to kick start a big night out than having a huge laugh? Our comedy club hen nights will see you and the ladies heading down to some of the best comedy venues at home or abroad.

GoHen have tapped into the UK's thriving comedy club scene to get you great seats at fantastic venues that have featured the likes of;

Typically the show will consist of three comics and the venue's own comedy compere. You'll see the UK's brand new funny faces on route to becoming the stars of tomorrow as well as names you'll recognise from TV comedy panel shows such as 8 out of 10 Cats, QI, Mock the Week.

All the UK's top comedy stars began touring clubs just like these. It's more than likely that you could witness a star performer who just might end up on famous comedy shows in the near future.

You might also see some of the big names who are known to drop in unannounced to try out new material for their tours or Edinburgh comedy festival. One thing you can be sure of is plenty of laughs. The venues themselves are not the huge caverns you'll see on TV, these are intimate comedy venues that the acts love to play as it's a great way to get up close and personal in a much more relaxed environment. The venue will also have a bar and food if you fancy a quick bite which we can help arrange in advance.

Shows can vary from improvised comedy where the audience will take charge of the evening or fully-fledged acts. And maybe you'll even get those big names; Rob Beckett, Doc Brown, Hal Crutttendon, Patrick Kielty will all be hitting the circuit this year.

After the show, there's a good chance your venue will turn into an awesome late-night disco. So why not hang about and have a drink or two and catch a boogie on the tiles?

"Fantastic entertainment everyone loved it!"

"Great acts, especially the host, she was hilarious!"

"Loved the comedy club! Most of us had never been before - it was a really fun night, would definitely go again."

Marie Mckeand | Liverpool
"Enjoyed by all"

"Great night and enjoyed by all."

"So funny! Great acts and nice to be back in a comedy club"

"Absolutely amazing - the highlight of the weekend!"

"The 3 acts were great! The evening was brilliant, lots of belly laughs and tears!"

"This was a great night, one of the best comedy clubs I have been to!"

Please Note: We work with 1000s of suppliers across the UK & Europe so prices, availability, photos and specifics on our comedy club activity may vary depending on your preferred location and dates.