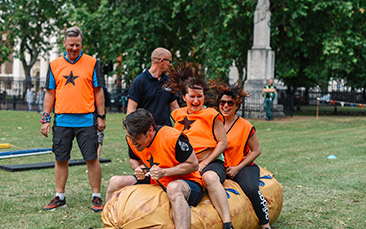 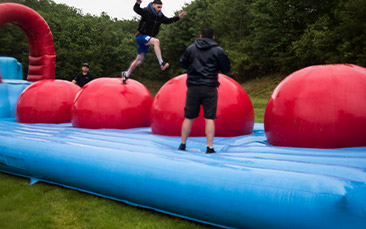 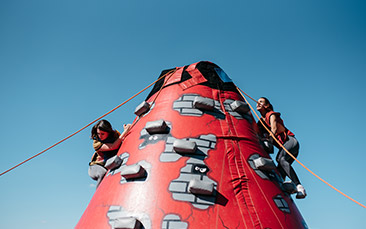 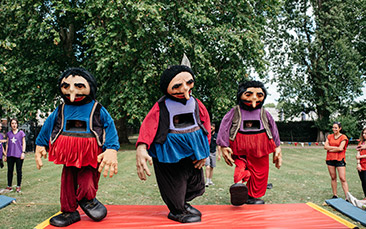 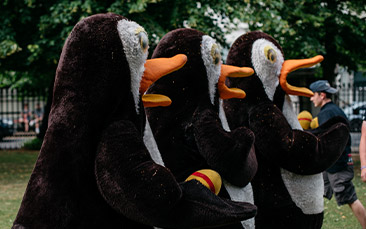 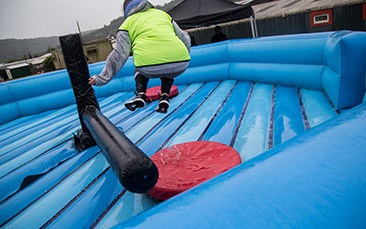 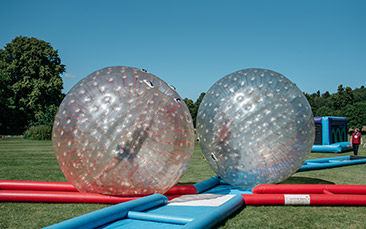 More About Hen Do total knockout

Get ready for an afternoon of hilarious hen chaos as you and the girls go toe-to-toe in a series of hysterical inflatable games in a bid to crown the hen party Total Knockout Champion! Yes, forget your afternoon teas and quaint pampering sessions, we're cranking up the madness and fuelling the fun on the bride's big weekend away in the craziest way possible.

Think a mad mashup of Total Wipeout, It's a Knockout and Gladiators; think bouncy inflatables, wet sponges and stupid costumes; think big red balls, sweeper arms, slippery slides and tricky trunks; think hilarious, priceless, comedy moments that you and the girls will look back on and pee yourself laughing about forever. Think outside the box, in fact, forget the bloody box!

Don your costumes, strike a pose, join forces, and prepare to get wet and wild. Just to warn you, these games can get pretty competitive, so if there are any hens amongst you who have a competitive streak (to say the least), it could get pretty intense! (Although, it's pretty hard to take someone seriously when they've got a massive costume on and have just gone and fallen flat on their bum!).

After battling it out, howling with laughter, trying to keep hold of whatever bit of dignity you have left intact, it's the moment you've all been waiting for, the winners are announced. Who will be totally knocked out by the opposition? And who will climb to the winner's podium and get their hands on that bottle of bubbly? There's only one way to find out!

Sure, glamming up and acting refined might work for some girls, but it wouldn't be a memorable weekend without a little (a lot) of madness and bit of mayhem (utter chaos) thrown in, would it? This totally hilarious Total Knockout has got to be tried at least once in a lifetime, g'warn the gals!

"The best part of the weekend, the girls all loved it!"

"Such a fun day! Haven't laughed so much in a while! #greatmemories"

"Better than expected, didn't realise there was so much water involved, everyone got soaked but thoroughly enjoyed it! Even girls that were nervous about doing something so physical really enjoyed themselves!"

"The games were good fun, the instructors made it entertaining and kept the atmosphere and mood going all day."

"The activity and staff were fun and professional while the day was a hit with our whole party!"

"These inflatable games were more fun than I thought they were going to be, a couple of the girls were way out of their comfort zones doing these but even they had a fab time! The instructor was so funny and made us all feel very at ease (even though we did all get soaking wet)!"

"The best thing I've ever done and I want to go again!"

"It was a brilliant day. really enjoyable and funny, and the staff were great."

Emilia Smith | Manchester
"Recommend to everyone"

"So much fun, would recommend to everyone"

"The day was amazing, the hen loved it! And the staff were so much fun!"

We work with 1000s of suppliers across the UK & Europe so prices, availability, photos and specifics on our total knockout activity may vary depending on your preferred location and dates.