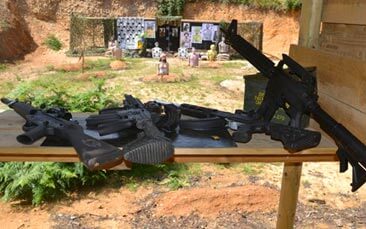 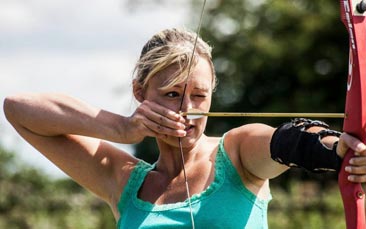 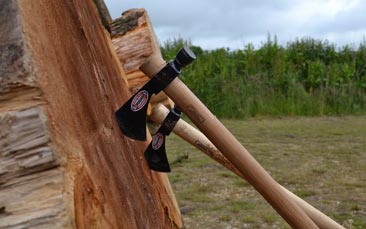 No need to bring your own guns...

If we're to believe the things we see on TV then it's just a matter of time before we're under attack from a zombie apocalypse and surely if it's on telly it must be true mustn't it?!? Here at GoHen HQ we're no scientists but we do think it's always best to be prepared just in case.

So we've set up a Bournemouth hen party zombie survival training camp to get you ready to give those pesky zombies a damn good thrashing and make the undead, erm... Deader.

You'll face a series of different training techniques to help make you zombie-proof. And just for fun, we're going to make a competition out of it. The winner might be asked to join our elite squad of zombie-slaying heroines. The losers will get fed to the zombies.

Assault Rifles- If you're fans of action movies, now's your chance to get your hands on some amazing firepower. You'll hit the shooting range with MP5, UZI and H&K 416 to take aim at exploding targets and bleeding zombie torsos.

Axe Throwing - Forget Shaun of the Dead, its' no use throwing Bucks Fizz albums if you want to make sure the brain munching freaks stay down you need to throw something with a little more clout!

Crossbow - With a draw weight of 80lbs, these bows are a sure-fire way of putting a bigger arrow shaped hole in their social diaries.

Archery - Robin Hood never had the problem of the living dead viewing his noggin as 'lunch'. Mind you, he never got to shoot at exploding targets either!

Please Note: We work with 1000s of suppliers across the UK & Europe so prices, availability, photos and specifics on our zombie survival training activity may vary depending on your preferred location and dates.