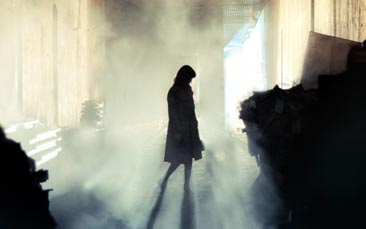 More About Hen Do ghost tour

Get ready for 90 horrifying minutes and tales of the unexpected as you leave the leafy, well-trodden routes of Bath to take a look at some of the scarier stories that have taken place in and around some of Bath's most famous buildings.

Bath is a fantastic hen party city, it's also hugely popular with tourists but how many have seen the residents that have been hanging around far too long. The city's amazing (and occasionally blood-thirsty) history is a far cry from the happy stories of Jane Austin, Sally Lunn's tea shoppe and Roman baths. This is the dark side of the city, the streets that echo long-forgotten cries, the doors that hide so many secrets and the windows that watch your every move.

You'll be met by our gruesome guide who will then take you through Bath's streets, passing so many famous sights and showing you the secrets the locals rarely speak of. You'll visit some of Bath's most celebrated locations:

The Assembly Rooms - Who is the 'man in the black hat', why is he so often seen walking in the area and what is his strange connection with a land down under?

The Royal Crescent - Hear the story of the beautiful singing lady. This ghostly figure can still be seen walking the stairs, smiling and heartbreakingly happy.

The Circus - Such a lovely and elegant facade... But residents have been kept awake long into the night by strange and unexplained goings-on.

The Theatre Royal - What scared a cast during a show and who sits in the same box for many performances.

The Garricks Head - Not all the spirits are behind the bar at this haunted public house.

If the bride-to-be and her hens love the supernatural and things that go bump in the night, then this is definitely the hen activity for you.

We work with 1000s of suppliers across the UK & Europe so prices, availability, photos and specifics on our ghost tour activity may vary depending on your preferred location and dates.