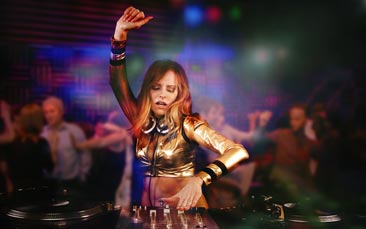 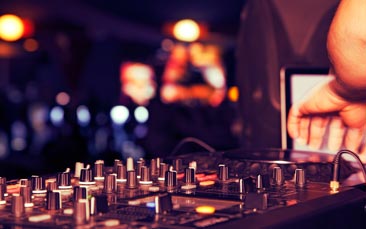 Party frocks to fit in at the club night afterwards.

You have to be at least 18 years of age.

Here at GoHen, with our expertise in the party field, we can confidently predict that approximately 99.9 per cent of hen groups will end up throwing shapes on the dance floor at some point on their weekend in a temporary home away from home. It is a simple scientific fact.

However, have you ever considered bypassing the DJ and bringing the beat yourselves? Here in Maidstone, you and the girls will have the chance to learn how to drive the decks via expert tuition and also hilarious games that involve scratching, mixing and seamlessly sliding between epic tunes. You will then use your newfound skills to work on a mix-tape masterpiece, which will be performed in front of the weekend clubbers!

Our DJ experience will see you and the girls bring the house down with some of the most current club bangers as well as a few classic twists if you fancy (S-Club 7 always goes down well with a crowd).

Female DJs have been making it big on the club scene for decades, taking venues in the UK and sunnier destinations like Ibiza by storm. This your chance to take over the decks and ramp up the tunes to entertain a live crowd.

An unusual and unique activity that can be enjoyed by all hens, it is fast, furious and certainly trickier to master than you might initially think...

Please Note: We work with 1000s of suppliers across the UK & Europe so prices, availability, photos and specifics on our DJ experience activity may vary depending on your preferred location and dates.