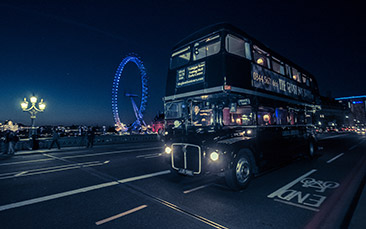 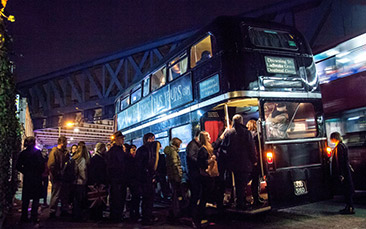 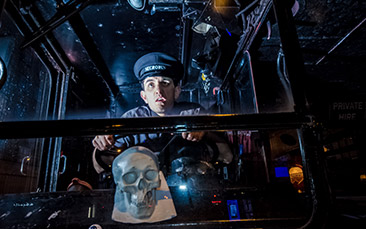 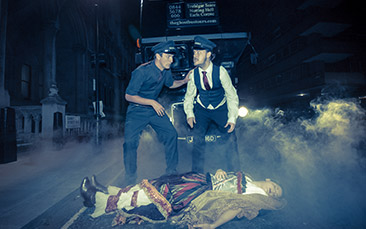 If you're on the hunt for a freakishly good way to see the sights of England's famous capital, then look no further than this hen party Ghost Bus Tour in London. After all, it's not every day your main girl gets hitched, so why not try to do something a little bit different? Something that's almost as scary as walking down the aisle in front of all your friends and family… like climbing aboard the UK's only comedy-horror theatre experience on wheels!

Everyone knows that the Royal Family, Keira Knightley, Kate Moss and Ryan Gosling roam the streets of Blighty, but lesser-known (or at least, lesser-discussed) are the ghosts that lurk about the streets of London. As stunning as the capital is, it's also filled with stories of spirits, scandals and skeletons, so it's no wonder that a few ghosts lie in its wake. If you don't believe us, then join this terrifying tour and see for yourselves!

You'll meet your guide at 8 Northumberland Avenue, opposite the Sherlock Holmes pub. Look for the midnight-black bus that stands out from the classic red double-deckers! If you can see Trafalgar Square, you're in the right area. Climb aboard and wind your way around London as your tour guide unearths the city's dark, sinister past. Immerse yourselves in this comical, theatrical experience and see London as you've never seen it before.

This thrilling, spine-chilling tour allows you to gain a greater understanding of the capital's fascinating haunted history, and it's also a great way to break the ice amongst hens who might not know each other so well. This is quite possibly the scariest and silliest ghost tour in London, as your guide puts a hilarious spin on the freaky tales, it's bound to leave the hens in hysterics!

Please Note: We work with 1000s of suppliers across the UK & Europe so prices, availability, photos and specifics on our ghost bus tour activity may vary depending on your preferred location and dates.