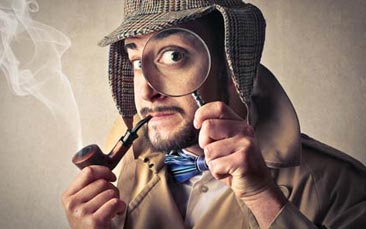 Please note: Games may vary depending on availability and you may be split across two venues approximately 1-minute walk apart.

If you've ever wondered what it would be liked to step into a suspense movie or to enter a room on the Crystal Maze then now's your chance.

There are 6 possible rooms, each with a creepy/freaky story. Once inside the door will lock behind you, can you solve all the puzzles and riddles to make it out in the 60 minutes? There's only one way to find out...

A weird mix of Saw and Crystal Maze, this superb live-action adventure will see you split into teams and then race to beat each other, but most importantly make it out alive. You and the girls will enter an escape room (up to 5 hens per room), you then have just 60 minutes to solve all the puzzles and codes to break free.

If not, we'll tell your loved ones you tried your best.

There are a number of escape rooms and scenarios including a genuine prison van to break out of.

It's the midst of the prohibition era in America, infamous mobster Al Capone is still at large and managing to keep out of reach of the police. You need to secure some evidence which will shut him away for good. You and your crack team of investigators head to his very own bar where you'll attempt to unearth some evidence to convict him once and for all.

The Zombie Apocalypse has long since happened - ten years ago in fact - but the undead still rule all. You and your team are some of the last people left on Earth. You know of another human community in existence, safe and secure in a base known as The Fortress. To reach this zombie-free haven, you must complete a series of tricky challenges and puzzles. You have one hour, otherwise, well, best not to think about it just yet… but let's just say you'll have a whole new thirst for life!

Adventurer Jack Travis disappeared shortly after returning from Africa, along with his incredible discovery, a rare and incredibly precious diamond. Search his warehouse to uncover the gemstone. You might also discover Jack's whereabouts.

Time to go undercover. An enemy spy has stolen a list of every MI6 agent currently working on Her Majesty's Secret Service. It appears a double agent has infiltrated MI6. Your mission is to track down both the missing list and the spy. You don't have a license to kill but you can shout. A lot!

A widow and her daughter went missing from this old house. Many years later rumours are still rife and there are tales of the silhouette of a woman seen walking around this very room. But you're not afraid of ghosts. Are you???

Your life of crime has led you to be sentenced to a life behind bars. But the prison van has crashed on route to the prison. It's a remote route and you probably have about 60 minutes before the police get here. You need to get out the van and get on your toes so you can reach the Costa del Crime. Or it's 25 years of eating porridge.

Our escape room will add a touch of mystery to your Bristol hen party.