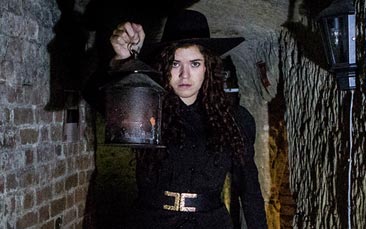 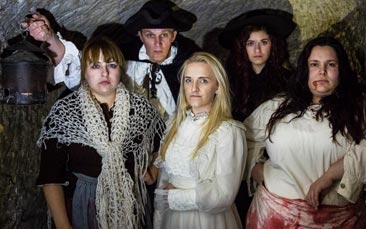 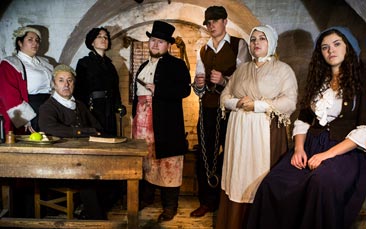 According to the 80's hit, "I ain't afraid of no ghost", but our intrepid GoHen team have been to Nottingham and can now reveal, yes, yes we are very afraid of ghosts, thanks to this terrifying tour. If the bride-to-be is a fan of ghost hunting TV shows and has always wanted her own paranormal experience then this is definitely the place to be, it's considered one of the region's most haunted buildings (don't say we didn't warn you!).

Set in the historic Grade 2 listed Shire Hall (which was presided over by the Sherriff of Nottingham, how very Robin Hood) and County Gaol. The building now holds the National Justice Museum and all kinds of weird and torturous devices.

There are two tours to choose from:

You'll walk in the steps of condemned prisoners that walked to ends through the cold corridors and passageways. Hear the true tales of those wronged, learn about the most famous prisoners and murderous villains.

The tour is led by a chilling character who comes from another time entirely. You'll learn about the very fabric of the building and if you listen very carefully, you might even hear it talking to you…!

Experience true terror as you descend into darkness as your echoing footsteps sound along the seemingly empty corridors. But you're not alone.

You'll meet some spooky characters along the way telling real tales of what went on in this historic old building, the good, the bad and the downright terrifying!

Through the winding corridors and darkest dungeons of the old gaol. Dare you meet the scary characters along the way?

The terror tour involves a group of characters telling stories and chasing groups around the museum.

Please Note: We work with 1000s of suppliers across the UK & Europe so prices, availability, photos and specifics on our ghost tour activity may vary depending on your preferred location and dates.