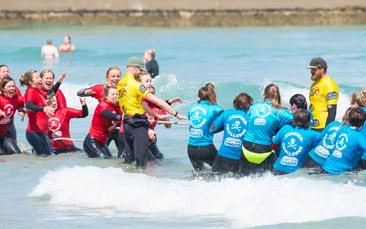 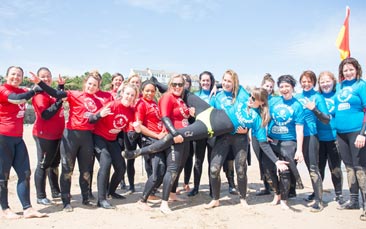 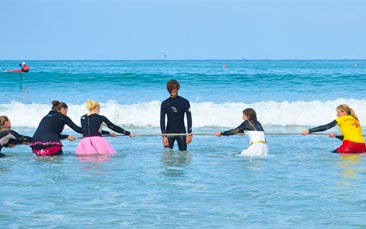 Imagine some Newquay lifeguards had a little too much local scrumpy cider and pasties while sitting on the beach in the sun for far too long... and were then put in charge of the Olympics. This is kind of how the games would end up looking.

And it would be hilariously fabulous!

You'll spit up into teams and then take on a selection of brilliant beach games, races and challenges. Some of which are based on being a real life guard, some of them are just a little bit bonkers.

Games faced could include

This really is laugh a minute hen fun which all the girls will love. The event can be tailored to suit non-swimmers, different fitness levels and even take into consideration that 'one friend' (yep, we all have that one friend whose bound to fall over at some point... unless that one friend is you?!?) so that no one feels left out or uncomfortable.

Most of all this event is about fun and making sure all the hens are thoroughly included in what is just about the most fun you can have on a beach without two tubs of triple choc ice cream, a wetsuit and the winner of California's hunkiest lifeguard competition.

Please Note: We work with 1000s of suppliers across the UK & Europe so prices, availability, photos and specifics on our cornish challenge activity may vary depending on your preferred location and dates.