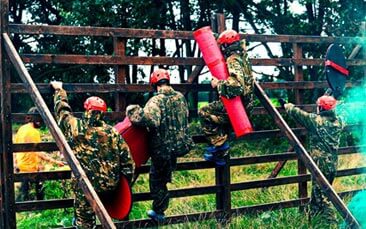 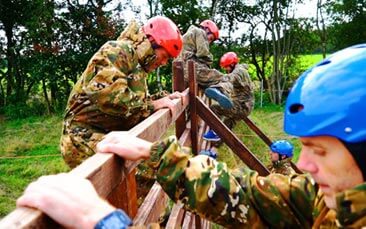 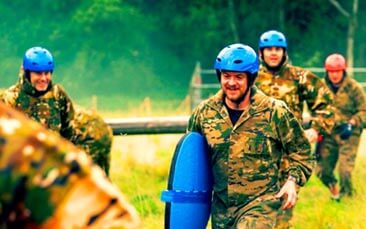 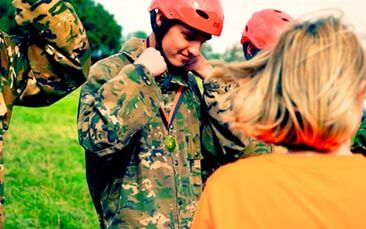 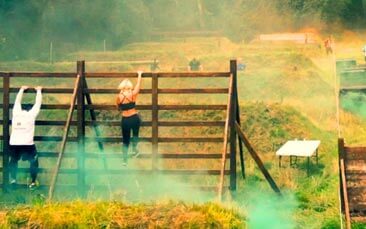 You must be in good health

Whilst a relaxing spa day balancing cucumbers on your eyes might suit some hens, it doesn't quite quench the urge for adventure and adrenaline-pumping action! That's why we're bringing you the ultimate in hen hilarity as you and the girls pit your wits against this awesome assault course. Do you have what it takes to conquer the challenges and be crowned the Hen Do Sporting Champions?

On the day you'll encounter a series of sizeable obstacles which you'll have to clamber over, slither under, sidestep and roundhouse kick into oblivion. There are scramble nets, balance beams, ginormous mounds and climbing walls to overcome as you race to the finish!

The first challenge is every hen for herself as you race in your own sporting gear (or fancy dress?)* against one another and against the clock to record the fastest time. This isn't time for niceties. You don't have to let the bride win because it's her 'big weekend away'. This is a battle for eternal glory and you're going to show them who's boss!

Divided up into two teams, you'll don your camo overalls provided and pop on your colour crash hats as you attempt to carry sections of a foam cannon across the course which you will then need to construct at the finish line. You'll also get a foam stick to knock your enemy off balance!

Remember that age-old hen celebration rule: the losers get the first round in, so there's an awful lot more at stake than just bragging rights.

You'll kickstart the day by meeting your friendly instructor who'll give you a rundown of the rules before you go toe-to-toe and have at it.

Not only is it brilliantly competitive and guaranteed to spice up your big weekend in Brum, but it's great fun from start to finish and something you'll be talking about for years to come.

*If you do decide to wear fancy dress, please make sure it isn't a safety hazard when running about etc.

Please Note: We work with 1000s of suppliers across the UK & Europe so prices, availability, photos and specifics on our assault course activity may vary depending on your preferred location and dates.