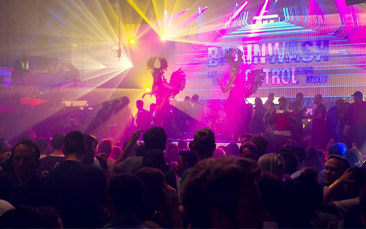 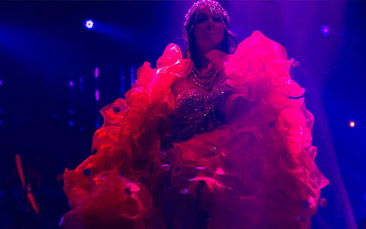 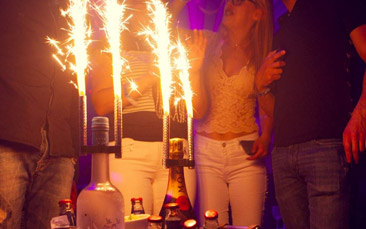 Escape is a legendary club in the Netherlands, a name with partying credentials, and has played host to some of Holland's biggest stars. This makes it the perfect choice for your own group of weekend VIPs to party on late into the night.

And with GoHen you will get some special treatment, we'll ensure your names are on the guest list, so you won't be stuck waiting outside or having to queue up like 'normal' people. You're hens on a mission, there's dancing to be done, cocktails to be sipped, laughs to be had and that ain't gonna happen if you're kept standing in line. Once you've given your party's name you'll be waved inside as your entry will also be prepaid, in fact, you'll be on the dance floor quicker than you can say "Vengaboys megamix!" (they were Dutch).

Inside, the club is set in a series of different rooms spanning several floors. The beats are cool with international DJs dropping by keeping the crowds moving. It has a great mix of RnB and dance music with other rooms playing for different crowds.

Feeling hungry? There's even a restaurant and a snack bar so that no one is flagging when they should be going crazy on the dance floor. And it is the best place to be, this fab club is the place to find Amsterdam's party crowd and bright young things. There's a selection of cocktails and bottles of bubbly if you want to do something a little different. There's also podium performers and dancers who put in appearances on random nights.

If you're going to keep dancing in the Dam (and of course you are), then this is the place to do it, so let GoHen open the doors and give your night the star status the bride deserves.

Please Note: We work with 1000s of suppliers across the UK & Europe so prices, availability, photos and specifics on our nightclub entry escape activity may vary depending on your preferred location and dates.