Everything you want to know about being a bridezilla but are just too afraid to ask her!

– Find out exactly what it means to be a bridezilla. – True tales of bridezilla meltdowns on a gigantic scale. – Turn that bridezilla frown upside down.

Bridezilla (noun) - A bridezilla is a bride whose behaviour in the planning of her wedding is demanding, obsessive and often unreasonable. That's the polite version, the true bridezilla meaning is simply a bride that has crossed over to the dark side and where once stood a calm, kind and happy bride, now stands Darth Vader, in a white dress, and Darth's really not happy about the catering.

“I find your lack of pink choux buns that look like shoes disturbing.”

If you think you're a little bit out of control, get some perspective with the Bridezilla stories that are truly terrifying!

OMG's to the American bride who didn't even tell the groom they were getting married. The hapless beau arrived in psychedelic shorts and flip flops thinking they were heading to a festival only to find the bride and her mother who then tried to force him into the wedding. In an even crazier twist, the groom didn't actually think he was in a relationship with the bride-to-not-be.

Read more on the Mirror...

One bride berated, insulted and finally deleted friends and family on Facebook, although she did claim she might reinstate some "that haven't f****** stabbed me in the back" after she says she was forced to call off her big day as her guests wouldn't give her £1,200 each to pay for the wedding. Her online rant later went viral. The bride went backpacking in South America to rid herself of the "toxic energy" brought on by her non-guests.

Read more on the Daily Star...

One surprised bridesmaid was asked to not get her hair done or wear any make-up "Because it should be about me that day and don't want anyone to look better." The text exchange between eh bride and her dressed down bridesmaid was shared on Reddit and subsequently went viral after becoming gathering a string of posts both for and against the bride's request.

Many people make sacrifices to attend the wedding celebrations was told to miss her final college exams in order to attend the hen party. There was also the 600-mile round trip and the fact the bride asked her to make an extra 2-hour detour to pick up a couple of other guests from the bridal shower.

One unrepentant bride asked a guest to pay £250 to get her hair and make-up done despite the fact she wasn't even a bridesmaid or party of the bridal party. To make it worse, the bride didn't reveal the guest that she was already booked in for the appointment until the day before the wedding!

Read more on the Metro...

Perhaps the ultimate bridezilla accolade has to go to the American bride who demanded her fiance get a second job to pay for her dream wedding. She had already quit her own job as planning her wedding was "taking up so much time". This bridezilla story was posted on a Reddit group following her Facebook rant where she went on to to claim "It really pisses me off because we are spending $80,000 on this wedding and he keeps saying we should spend less. UH, HELLO, No. This is MY WEDDING and I REFUSE to have anything but my dream wedding. How can I convince him to work a second job to pay for this? What happened to 'happy wife, happy life'?!"

Read more on the Daily Mail...

Here's a few of our favourite bridezilla memes. Hey, we're not laughing at you… We're too busy running for cover! 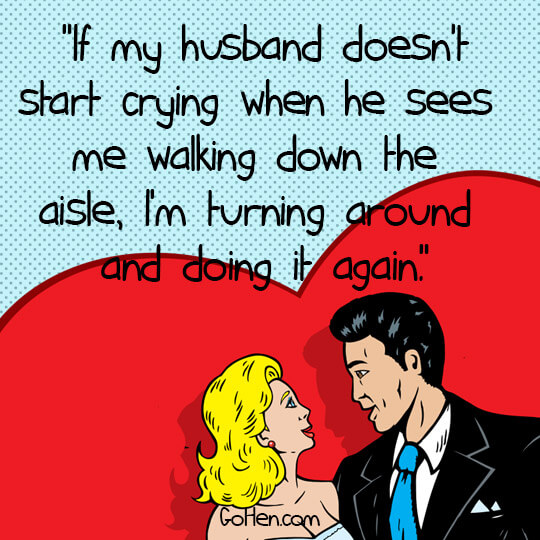 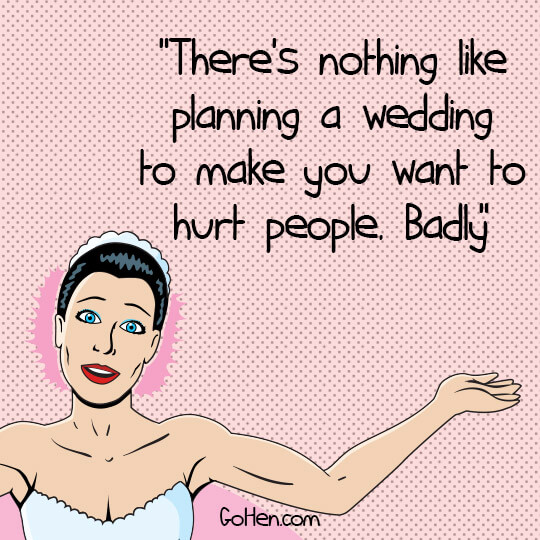 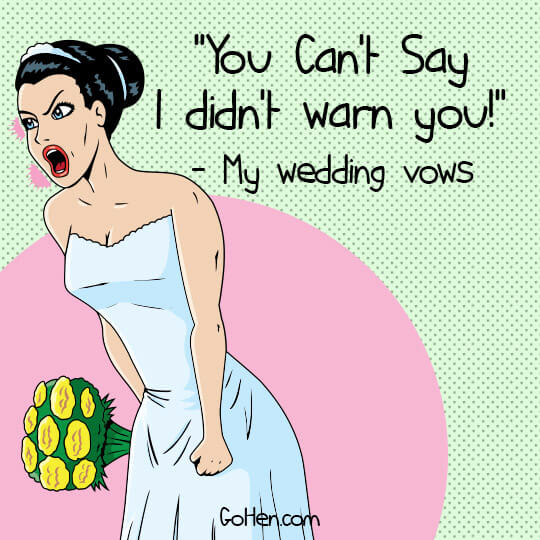 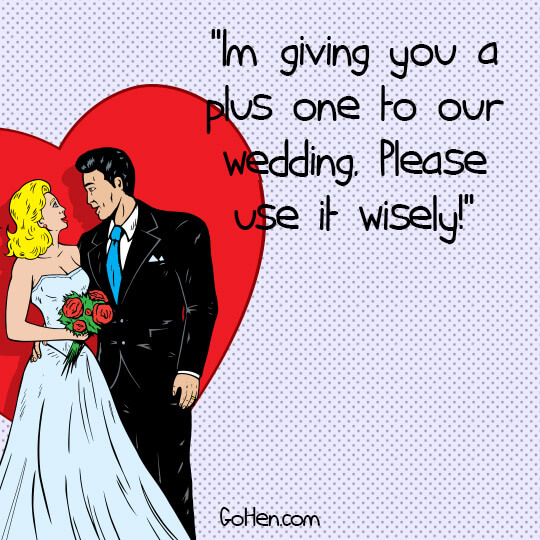