This page may contain affiliate links to products, and we may recieve a small commission for purchases made through these links, at no cost to you. Find out more. 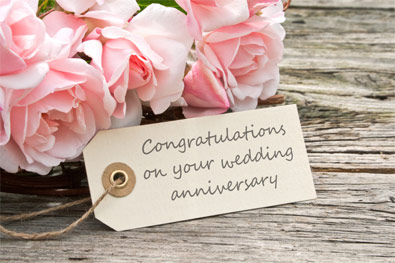 The traditional anniversary wedding theme list harks back to a time when people wouldn’t have the luxury of popping down the high street or ordering online and indeed money simply wasn’t available for spending on presents for one another so gifts were handmade and as a result each one has a story to tell. Some of these sweetheart keepsakes have been passed down to family members and each one has a special story to tell.

So the next time you’re visiting an older relative and spot an intriguing curio on the shelf there is always a chance that it tells a love story you’ve yet to hear.

From the 1st anniversary through to the 90th each year really is different but equally special when looking for traditional wedding anniversary gift ideas. Here’s a few of our favourite gift ideas. 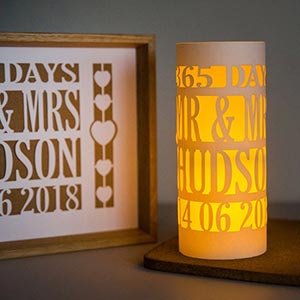 The 1st wedding anniversary is celebrated with paper gifts. Traditionally these would be made by the couple who at the beginning of their married lives would have had less money to spend on each other. It’s still a great idea to craft a gift yourself however if you’re not a dab hand with a glue gun and scissors check out these beautiful Paper Lanterns.

Their 5th year is symbolised by wood, wooden love seats or garden ornaments make a suitably romantic gift. However if you want a gift that will really represent the growing of their lives together. A quick trip to your local garden centre will help you find a great range of trees of varying sizes depending on the couple’s garden.

Check out this romantic tree swing.

Wool signifies the 7th anniversary. If you’re feeling creative you could knit your own gift with a little help from a number of great website or online knitting communities. Knitting is becoming increasingly popular with hipsters all creating their own home spun woollen accessories and jumpers. However if your knitting skills aren’t up to scratch yet then you can get knitting patterns complete with easy step by step guides from good bookshops or magazine racks.

Each anniversary is a romantic occasion so why not present the couple with their chance to recreate one of the most romantic movie scenes of all time? Demi Moore and Patrick Swayze’s turn at the potter’s wheel is still a great scene all these years on. While slightly tongue in cheek it will make a really original gift and pottery courses are available throughout the UK.

Any wedding anniversary is special but sometimes it’s nice to present a gift that will bring back memories year after year. Silk is the traditional gift to mark the 12th anniversary and there are a variety of unique silk gifts available online or on the high street including Christmas tree decorations, clothing, pillows or framed silk pictures. Of course you can always fall back on the good old faithful tie and scarf combo.

If you’re looking for something different why not let the truly-weds make their own present. Candle making courses make a great gift they can share together or even candle making kits so they can have a go at home.

19 years have a spicy feel as they are marked by chilli. Chilli plants are easy to grow, give a great yield and make for a really unusual gift. Once again your local garden centre will have varieties in stock of specialist online retailers have a wide variety of great tasting and great looking plants available. 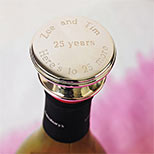 The 25th wedding anniversary is a really special occasion, a silver anniversary is something that can bring the whole family together for a celebration so it could be the perfect time to catch everyone together in a photo with a commemorative silver frame.

No matter which year you’re celebrating, even with a smaller budget a little thought can go a long way in the search for the perfect gift to surprise and delight the truly-weds with something original and heartfelt. 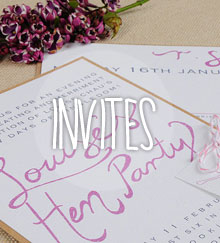 Build the excitement up with some fabulous invitations... 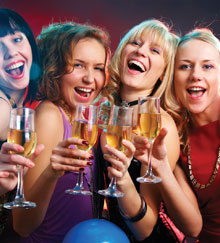 From karaoke to saucy male strip shows, it's all here! 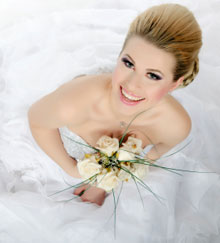 From flowers to cakes, our Pinterest has something for all brides... 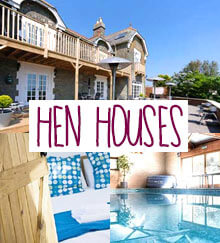 Relax with the girls in your own hen party palace...