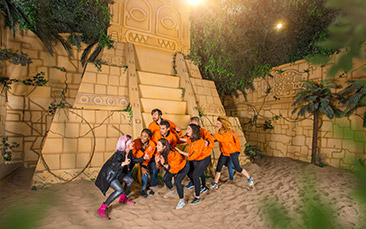 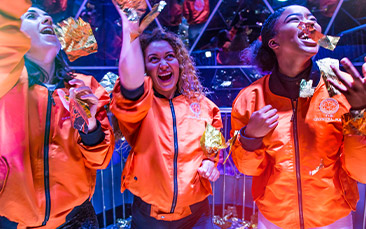 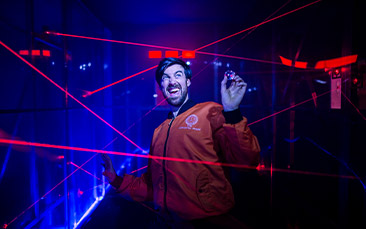 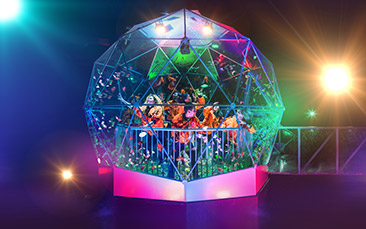 The Crystal Maze in Manchester

Please note: a deposit of £135-£300 (depending on group size) is needed within a week of booking.

Crystal Maze is back, and it's bigger and wackier than ever! And now, you and the rest of the girls can take on the maze in your very own chaotic hen adventure. Our Manchester hen party Crystal Maze activity will put your physical and mental skills to the test as you attempt to overcome a series of challenges to defeat the Maze once and for all. But do you have what it takes?!

Whether it be Crystal Maze or another game show, we've all been guilty of sitting there on the sofa saying: "Pffft, how hard can it be?!" As we make our way through our second KitKat and family bag of Doritos. Well now is your chance to find out for yourselves! On arrival, you'll be greeted by your flamboyant Maze Master who'll take you on your crazy journey collecting crystals as you battle the four classic adventure zones: Aztec, Medieval, Futuristic and Industrial.

If you aren't too familiar with the format or are too young to remember, firstly, we're sorry to hear you missed out on a golden era of game show television but, essentially, contestants would battle it out in a variety of physical and mental tasks in order to win crystals. The crystals were then exchanged for some valuable extra time when you took on the final challenge: The Crystal Dome. Here, you had to work as a group to gather tokens in order to beat the Maze… and that's exactly what you'll be doing here.

If you and the girls do manage to conquer the Maze, you'll be able to carry on criticising other game show players on TV guilt-free. However, if you lose, you'll forever be banned from mocking anyone who crashes out in the first ten seconds of any game show.

Whether you win or lose you won't go home empty-handed, though. All the girls will get their own crystal to take home, whilst the bride will get her own large commemorative crystal as well as her own T-shirt. Think you can conquer the Maze? Book today!

Please note: a deposit of £135-£300 (depending on group size) is needed within a week of booking.

the crystal maze Hen Do Reviews

Please Note: We work with 1000s of suppliers across the UK & Europe so prices, availability, photos and specifics on our the crystal maze activity may vary depending on your preferred location and dates.