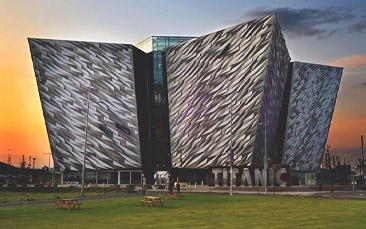 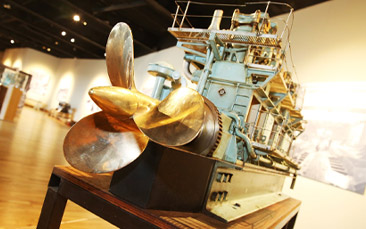 After your cultural tour, it's time to mix things up with some Cocktail Mixing. Read more…

More About Hen Do titanic tour

If the bride-to-be is a big fan of the Titanic film (and who isn't?!) or you're all just curious to learn a bit more about how this supposedly 'unsinkable ship' went under, a Belfast hen party Titanic Tour is the perfect place to find out more about this terrible tragedy and uncover some of the myths and legends surrounding the story.

You and the girls will get to head to the birthplace of the Titanic, which also happens to be Ireland's number one tourist attraction, where you'll embark on a self-guided tour investigating what went on on that ill-fated day in 1912.

Dive into the info from how the Titanic was built until it's untimely demise. You'll get to explore nine interactive galleries which boast superb special effects, dark rides and even full-scale reconstructions. You'll finish your experience with a visit to the last remaining White Star vessel where you can walk the deck and venture throughout the ship.

The beauty of a self-guided tour is that you can go around at your own pace soaking up the sights and the info that interests you the most. You won't have to listen to a dreadfully dull tour guide waffle on about boring irrelevant rubbish, you can just check out the stuff that interests you. Fab!

We work with 1000s of suppliers across the UK & Europe so prices, availability, photos and specifics on our titanic tour activity may vary depending on your preferred location and dates.