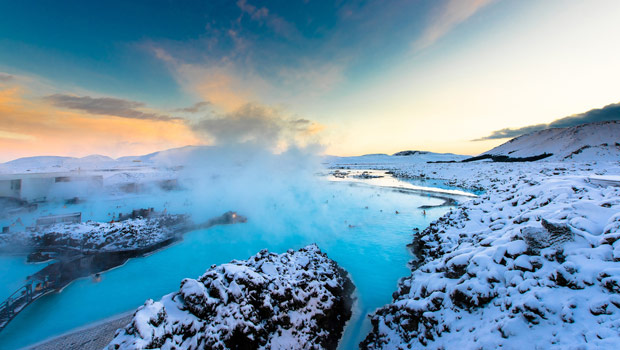 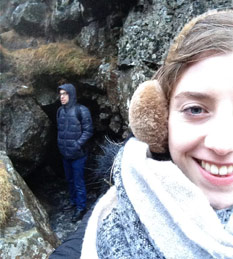 It’s not just mum’s that go to Iceland, it’s becoming increasingly popular with our hens. And seeing as at GoHen we like to check all our destinations, someone needed to get out there to sample the cocktails, spa and party nightlife.

So like a trooper I took one for the team and jetted off to one of the world’s most fabulous destinations. I also took my fella along on the condition he sampled all the cocktails with me. Challenge accepted, it was Iceland here we come!

Here’s my top tips for a fantastic hen weekend in the Icelandic capital.

If you’re looking for somewhere relaxed, friendly and cool to start your night out then Kaldi has it all. OK, bear with me here, I’d describe the décor as a kind of trendy/punk-fusion. And while the bar is only small that works in its favour as we soon found ourselves chatting with the locals. But don’t mention their maths, their happy hour lasts 3 hours (4pm – 7pm) but we weren’t about to correct them!

Is there a great bar if you’re feeling like a proper grown up?

You won’t find many bars in Reykjavik that have a dress code but Loftid is definitely not your average bar. This fabulously cool venue oozes laid back elegance and effortless style. It also has the best cocktails in the capital. Yes, they really are that good. In fact I probably tried one too many but who was counting? Actually my boyfriend was counting. Spoilsport!

Iceland once had prohibition, yes, the entire country had a ‘Jan Ban’ that lasted (in some form) for 74 years! The first drink to come out of it was Brennivin which the government insisted be sold with black labels to make it less appealing. Fail. The country lapped it up and it’s now Iceland’s tipple of choice. Essentially it’s a type of schnapps that tastes like vodka and kicks like an angry reindeer wearing very heavy boots. One sip and my mouth felt like I was drinking direct from an Icelandic volcano. Don’t say I didn’t warn you! 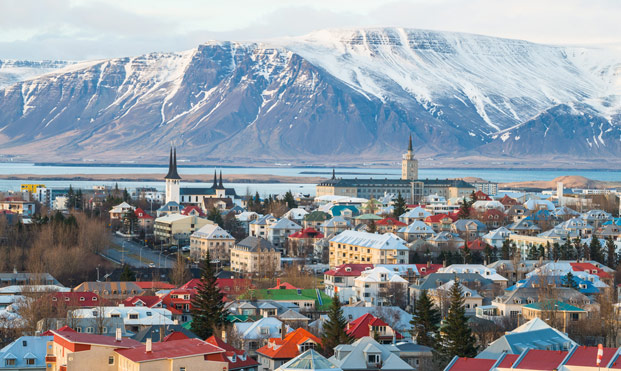 Where can we try the local food?

Café Babalu is a mixture of traditional Icelandic food and standard Western dishes. Quirky, cosy and very kitsch, it’s better for smaller groups. Decorated with all kinds of trinkets and knick-knacks you’ll recognise from your childhood it has a lovely warmth about the place and some really good grub.

Being a cold country, Iceland is big on hearty meals. They do some great stews which are nice and filling. They can be a little pricey though so check the prices. Cafés can be cheaper than the restaurants and many of the cafes double up as the city’s bars.

The Bæjarins Beztu Pylsur (‘Best Hotdog in Town’) became famous after it was visited by Bill Clinton, other famous dog devotees have included James Hatfield and heavy metal band Metallica plus it was named ‘the best hotdog stand in Europe’ by The Guardian. Open until 4.30am at weekends, you can get a hotdog and a drink for just £4. 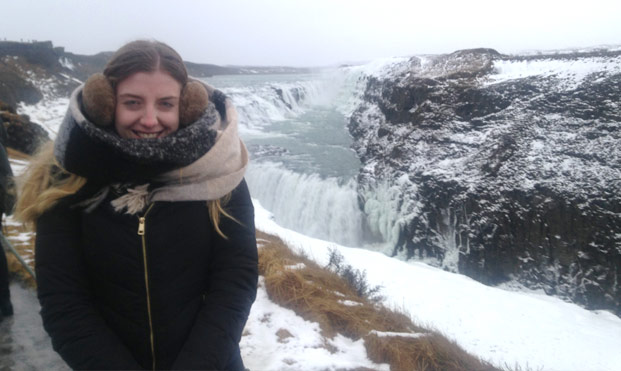 Nightlife – Where to be, what to do?

The best thing about the nightlife is it’s all in one place. You won’t have to worry about taxis or spending ages walking from one side of town to the other in search of the best bars. We found all the action in the main shopping street Laugavegur, which has plenty of great bars. The whole stretch is probably 10 minutes on foot (and I take little steps). And don’t expect huge superclubs, Iceland is too cool for that, instead you’ll find funky café’s that turn into bars as the night goers on, which gradually become dance venues as the tunes and Brennivin start to kick in.

Go native! The people of Iceland are really friendly, it’s easy to spark up conversation and you’ll soon have a whole heap of new friends to party with.

Grab breakfast. Flights to Iceland have never been so cheap and clever hen parties can budget smart for a great weekend in Reykjavik but there’s no denying the fact that somethings can be a little expensive including eating out so take advantage of breakfast at your hotel.

Action stations! Great things to do…

The Golden Circle – Iceland really is one of the most stunning countries on earth. Huge waterfalls, gigantic glaciers, hot springs, geysers and then of course the famed volcanoes. The Golden Circle is a route covering around 300km which takes in some of these incredible natural sights. Instagram a gogo, we were snapping pictures like crazy on a trip that is simply unforgettable.

Read more about The Golden Circle…

Blue Lagoon – Totally loved this! A fabulous natural spa where you swim in milky blue hot volcanic waters. There are facemasks made from the geothermal mud that like the water is packed with minerals. Plus there’s a bar in the pool so you can stay in the warm water while having a drink. It’s like being served cocktails in the bath!

Read more about The Blue Lagoon…

Volcano Hiking – Ok, so the truth is what with drinking cocktails, swimming in natural hot waters, trying the local food, chatting to the locals, partying until 4am, we didn’t actually get time to climb a volcano. But it’s on the top of my bucket list along with returning to Iceland which has become one of my favourite places on the planet! So like Arnie Schwarzenegger, “Hasta la vista baby”, no, I mean “I’ll be back!”