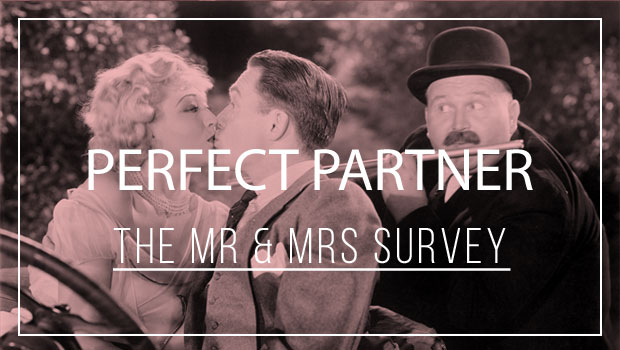 Finding the perfect partner can be a long journey of woeful first dates and narrow escapes. But could the dating game get easier if armed with the knowledge of what potential beaus might possibly be looking for?

GoHen and our partner site StagWeb.co.uk ran a poll of men and women to discover what singletons consider to be their dream Mr/Mrs Right.

Is it me your looking for?

Do looks matter? According to our poll both men and women considered a sense of humour and intelligence more important than a shapely rear.

Which of these is more important?

So once you’ve got him laughing, how will he be checking you out? When it comes to body shape men are more likely to go for a curvaceous Kelly Brook than a Cuddly Melissa McCarthy. 64% of men professed a preference for Kelly’s hourglass shape.

As for that trim behind, men were more drawn to the lovely Holly Willoughby’s bountiful booty, before the tight buns of Mila Kunis. While poor Kim Kardashian’s shape was the least popular (not great news for Kim as she has allegedly spent a small fortune sculpting the dream derriere).

For us girls it seems there is still one man that most women agree lights their fire, step forward super hunk and doting dad David Beckham. However lads should step away from the weights as cuddly James Corden is a much more fanciable figure than ‘The Rock’. As for those trendy lads squeezing into skinny jeans unfortunately the super slim Russel Brand look came last in our poll.

What kind of build is most attractive?

Which of these is more important?

The Photo-fit Hunk – While our pollsters were free to choose any man it seems there are a few handsome heroes that float all our boats and cropped up time and again.

Which interests, skills or hobbies are considered more attractive by the opposite sex? 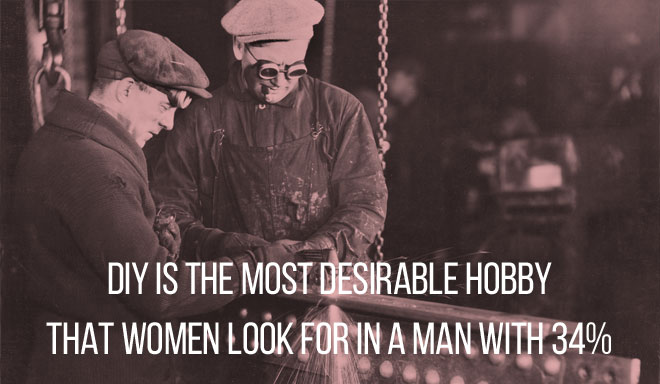 Men are far more likely not to be influenced by friends or family in their choice, 37% of men wouldn’t listen to their family’s opinion. Women are more likely to listen to what others think with 81% admitting to caring what their BFF might say about a new BF.

Would it matter what your family thinks of him/her?

Would it matter what your best friend thinks of him/her? 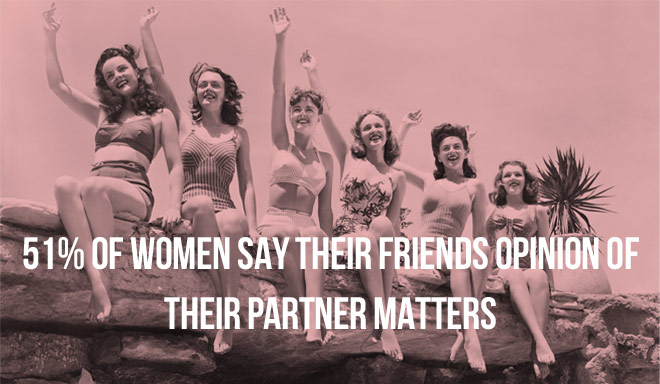 Both men and women seemed more united on the question of whether they would actually split up with someone based on everyone else’s opinion, but surprisingly around 1/5th of us would make a beau no go if advised by their friends and family.

Would you split up with someone everyone told you was bad for you?

When we asked ladies “Does your future potential surname matter?” 43% admitted it might have some bearing. The worst surnames? Pratt is the least desirable moniker and surprisingly Smith is considered a worst name than Ramsbottom or Hiscock.

What does your job say about you? And what would you like your dream partner to do to earn a crust? 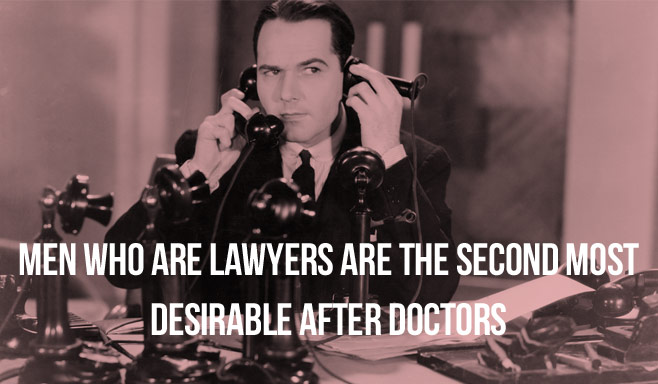 Other bad jobs single guys should avoid are;

Some of the more unusual jobs women considered to be the best for a prospective future hubby included; 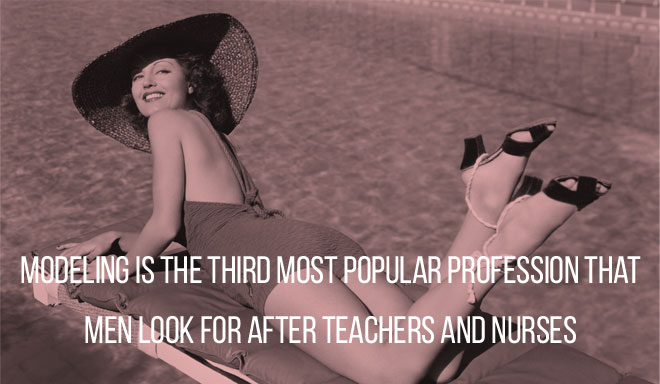 The dream jobs for Miss Right preferred by some men were no less bizarre;

While the least attractive jobs included;

What do you consider most important to spend your money on as a couple?

So guys, if you’re looking for love, don’t be a ‘Pratt’ and put away those weights, bulging biceps are less desirable than a cuddly tummy. Forget those dreams of becoming an estate agent or stripper and head to medical or legal school, brush up on your DIY skills and learn to play an instrument.

As for us ladies, well statistically speaking, if you’re a nurse or teacher with a bottom like Holly Willoughby, who bakes cakes, likes music and is happy to watch football then you probably won’t be single for much longer (but let’s be honest, anyone with a bottom like Miss Willoughby’s is unlikely to have trouble finding a fella).

Sadly super skinny, long distance lorry drivers with a bad sense of humour and secret yearning to become a stripper might need to rethink their dating plans. But then again, there really is someone for everyone, and one of the very best things you can ever be is yourself (although we’d still like Willoughby’s bottom).