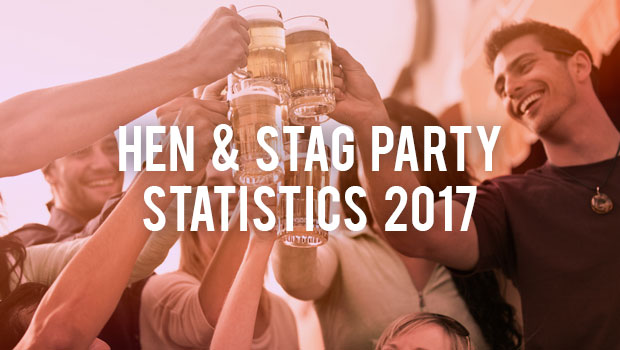 They say that ‘what happens in Vegas stays in Vegas’. But what if you got to Bath or Blackpool? Do the same rules apply? In fact, where are hens going? What are stags up to? Or shouldn’t we ask?

Here’s a breakdown of the top hen and stag party statistics 2017.

Do groups have more disposable income despite the worries of Brexit and the falling pound? While groups are getting smaller it would appear that individually we’re spending more on our accommodation, nightlife and activities while away.

There’s also a growing gap between the amount stags and hens spend individually. 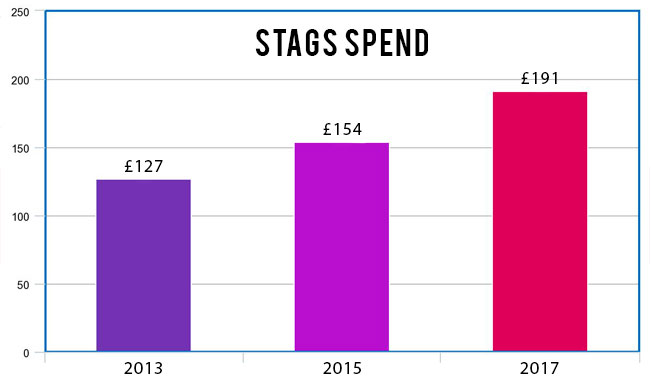 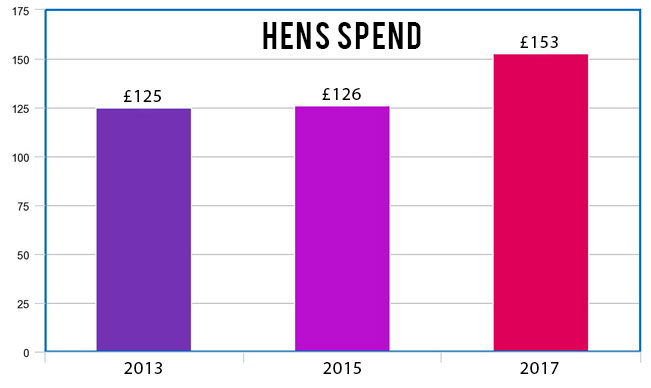 (figures do not include food and drink)

The biggest rollers StagWeb and GoHen saw this year were a group of 16 stags who spent £1,200+ per person on a trip to Las Vegas. This doesn’t include food, drinks and extras during the weekend. The most penny-wise group were a team of hens who spent just £15 per person enjoying a treasure hunt in fun loving Brum.

It’s not the size of your hen party, it’s what you do with it. Although recent trends suggest pre-wedding parties are getting smaller, with less guests attending in 2017. 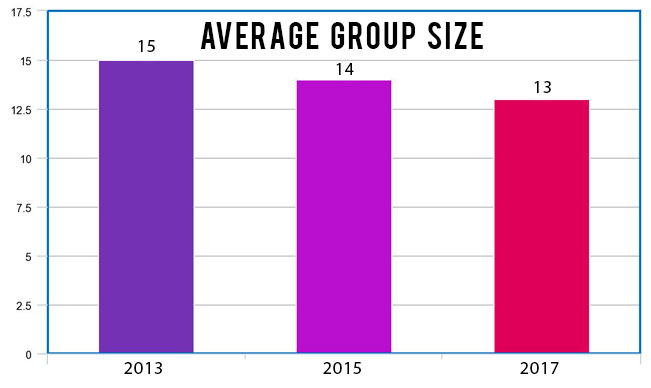 The South West is the favourite region for stag and hen groups.

Stags and hens are heading to similar destinations. The South West is popular for both parties while Liverpool is the combined most popular party city. 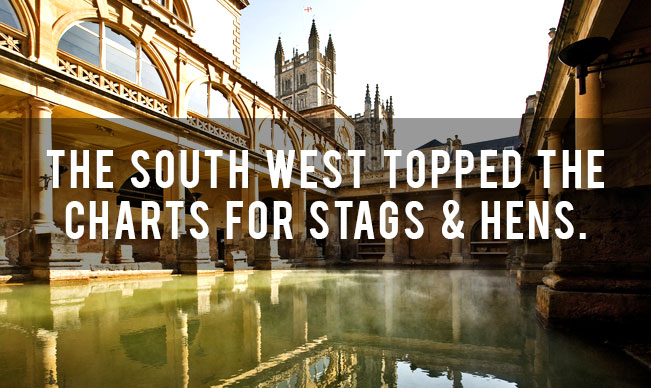 Brexit hasn’t bitten. The number of stag and hen parties heading overseas haven’t been affected by the weakening of the pound. When heading abroad the important factor seems to be, hens like it hot. The bride and her gang are more likely to head to a sunny/beach destination. International stag parties tend to be swayed by the activities on offer. 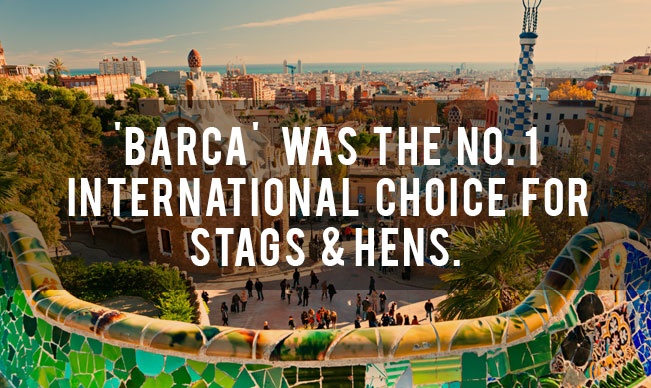 Hens like it hot.
Hen are more than twice as likely as stags to ask for entertainment involving nudity.

A Matter of Taste

The biggest difference between stags and hens is their choice of activities. Stags are far more competitive and all the top five activities were competitive sports. 2017 hen parties focused far more on food and fitness, drinking cocktails, eating cakes, Dance Classes and Bubble Mayhen, essentially hens were either burning off or taking on calories. Hens are also more likely to ask for clothes to come off, with 141% more requests for adult entertainment from hen parties than stag groups.

Getting Away With It

The most popular month to get away for both stags and hens is May.

New York is the No 1, dream location for brides.

Women who aren’t currently in the throws of arranging a wedding and the biggest day of their life have said their dream hen destination would be;

And hens consider the best thing about a hen weekend to be; 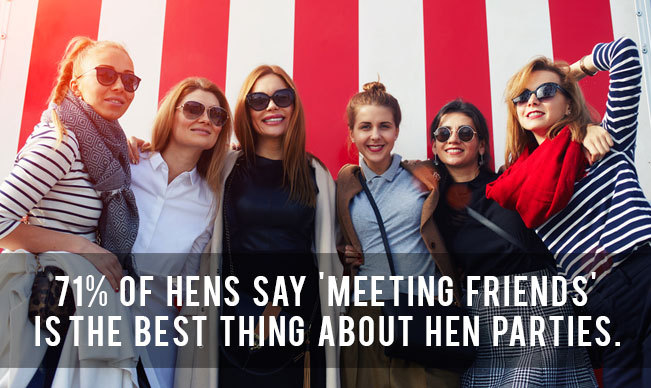 Stag and hen parties come in all shapes and sizes, they also cover a fair spectrum of… (*ahem*), weird and wonderful. Here are a few of the stranger requests we received from groups in 2017.

• A naked dwarf for a Life Drawing class. (stags)
• One very polite group of stags asked if it was ok if they force the groom to wear a gimp mask during an afternoon of paintball.
• A Boy George tribute act on canal boat in Amsterdam. (hens)
• A stag party asked if they could send the groom down a zipline. Naked.
• A stripper with a “tiny tiddler because the groom has a massive schlong so it would be funny if it was the opposite” (their words, not ours).
• And the stag group organiser who booked a paintball session for all the guys. Then had to ask what paintball is.