All Things Wedding, Everything from A to Z from GoHen, Weird & Wonderful

14 Ways to Not Upset the Bride 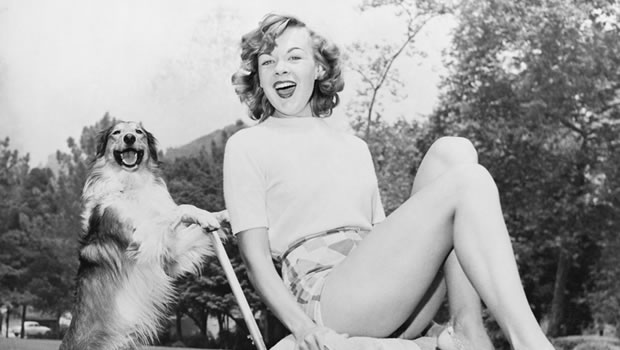 According to the Holmes and Rahe Stress Scale, getting married is the 7th most stressful life event, in fact it ranks higher than getting fired, falling out with in-laws, being pregnant or someone telling you the result of the Strictly final before you’ve watched it.

You don’t want to be walking on egg shells so here’s a list of things to avoid to prevent the bride from going postal (or should that be ‘bridal’).

Yes you mean well, but she’s had advice from everyone and their mother, she’s already heard every piece of pointless advice ever! Three times. If she doesn’t ask don’t give. Chances are she’s doing great, just let her know you’re there, if she needs your advice she’ll ask.

Do not, repeat DO NOT wear white to a wedding. Ever. White is reserved for the bride, she wants and expects to stand out from everyone else in her perfect, one in a lifetime dress. Turning up in white is just so many shades of wrong.

It’s the biggest day of her life, she wants to tell the world. In her own way. What’s more she wants to be the first one doing it and have say in which photos the world sees of her special day. What she doesn’t want is to find her guests have already uploaded her special day to Instagram, Facebook, Twitter, etc before her.

It’s easy, check your invite, if it asks you to RSVP with a plus one then send a reply in plenty of time. But (and this is far worse) don’t bring a guest when you weren’t supposed to. Suddenly it’s a nightmare of seating plans, extra meals, added expense and your name being erased from the bride’s Christmas card list. Forever.

Not every bride goes on a diet before the wedding, in fact many brides don’t feel the need so don’t assume or make jokes about ‘squeezing into that dress’, it’s a conversational minefield so don’t go there. Wait to see if the bride mentions diets or not, make the wrong assumption and you’ll be spending the day sitting at the children’s table.

Talk About the Jones’s

Yes, you saw this amazing idea on a TV show the other day that would be perfect for her wedding… But that wedding had a £75,000 budget and could afford to dye their peacocks pink. Your friends on the other hand, are trying to stretch their budget as far as they can and pointing out things they would love but ultimately can’t afford isn’t helping.

Yes, it is a free bar, but there are limits, it’s not the time to start doing tequila slammers as ultimately someone will still be picking up the tab. Plus we all know the old adage; “One tequila, two tequila, three tequila four, five tequila, six tequila, seven tequila floor!”

It’s her day, the one day a girl can truly think “me, me, me, me” and be in the right. It simply isn’t the time or place to announce your own engagement/pregnancy/divorce/new job. That includes the hen party. Even if you have just started dating Ryan Gosling, now isn’t the time or the place to share the news

If you’re a bridesmaid sharing the bridal suite as you all get prepared, be tidy! Some of us girls can be a bit of a nightmare when getting ready, make-up, shoes, bags, robes can end up everywhere. The bride doesn’t want to dodge an obstacle course to avoid a twisted ankle or mascara on her train. Just like the tequila at the hen do, keep it neat.

Ok, having one too many, it’s not uncommon and perhaps a wedding is the one place to let your hair down. However, drinking so much you end up twerking the cute waiter into a corner tight corner before pole dancing in front of the younger guests is not nice for anyone. Especially the poor waiter.

If the bridesmaid dress you’re being forced to wear simply isn’t your colour or is just plain hideous than sadly it’s tough. It’s not about how you look on the day, this is about her wedding photos and the wedding she wants to create so you’ve got to be a big girl and get on with it (unless she says “gingham hipster style” in which case call the fashion police immediately!).

Wedding photographers have been hired, you don’t need to keep leaping up and capturing every moment on your iPhone, all you’re doing is bombing the photographer and getting in his line of fire.

The seating plan can be one of the most difficult and potentially combustible wedding issues. If you’re not sitting with everyone you’d prefer the chances are the happy couple are using you sane few to help split up feuding family members. Don’t make things harder by asking the bride to make changes.

You’ve realised one plan of the wedding isn’t to your liking (one of the above?) but of course wouldn’t dream of complaining. Instead you’re going to drop what you think is a subtle hint, which is just so much worse. It’s underhand and will not go unnoticed by the bride who after 6 months of planning is barely holding it together but will drop everything to go and make a voodoo doll of you. Don’t say we didn’t warn you.