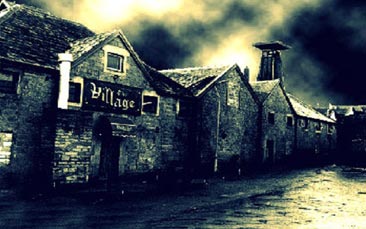 If you're afraid of things that go bump in the night then this is definitely not for you. But fans of shows like Most Haunted will love our Nottingham Haunted Hen Parties which really is the ultimate thrills and chills as you enter one of the UK's most haunted sites... and hopefully make it back in one piece. Yikes!

Your group will be joined by a team of experienced paranormal investigators who will show you how to use the testing equipment as you search for evidence of ghostly activity. It's frighteningly good fun!

Our Nottingham haunted hen parties are spoilt for choice as the city and surrounding area has a number of infamous spooky locations:

This rather impressively and somewhat intimidating stately home dates back to the 1200s with plenty of dark nooks and crannies to explore including a network of chillingly cold cellars and a room known as the 'Dungeon'.

The sight has had numerous ghost sightings and reports of poltergeist activity over its rather sinister history. There was once a village around the Hall which was cleared out by previous occupants of the hall. One particular previous inhabitant who is still regularly seen at the site is a mysterious gentleman dressed in black, believed to be Nicholas Strelley who was in his day a notorious gambler who is said to have had an eye for the ladies.

This ancient site of crime and punishment was first used back in 1375 by the Normans and since then Nottingham's many outlaws have been tried sentenced and in some cases tortured then executed at this site. Is it any surprise then that many of those poor souls still appear to be in residence?

The station and Galleries of Justice are also connected by the city's ancient caves with date back to the Dark Ages and are the largest cave network in Britain which once housed some of the city's most vulnerable and disturbed residents as well as some of its most wicked!

Behind the calm exterior of this rather pretty looking Victorian school resides an incredibly chilling reality. Described by some as having a "malevolent and oppressive atmosphere" previous searches at investigations at the site have recorded high levels of activity.

Reports of whispered voices, extreme drops in temperature and a shadowy figure that has been seen walking across doorways. Yikes!

This set of buildings have a history of secrets that have recently started to come to light, many of them without happy endings. Having been used as a slaughterhouse and malt house the name Catherine has cropped up at a number of paranormal instigations at the site as well as a Mr Merryweather who owned the buildings until his death in 1835.

A murdered mother and baby, the prisoners who were kept locked in a secret room, and piano that appeared to play itself have all added to the spooky tales of this rather imposing and unsettling building.

If you're looking for a totally unique hen party experience and are feeling brave then our Nottingham haunted hen party really is a thrilling experience. And who knows? Maybe none of the hens will feel a ghostly presence, or the invisible hand that strokes their hair... but then again...?

"I ain't afraid of no ghost!"
Recommended!
Protect your booking with our refund cover!