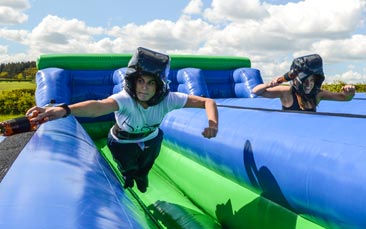 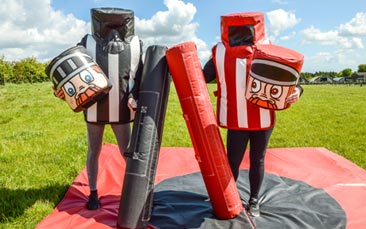 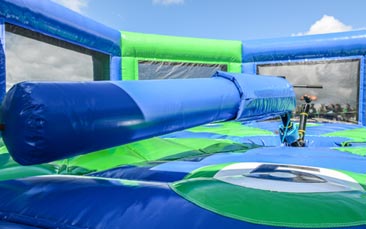 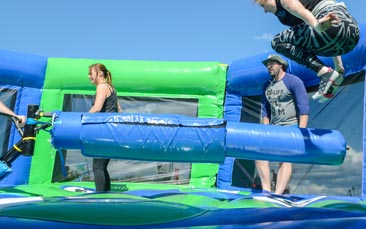 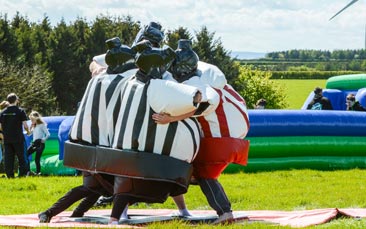 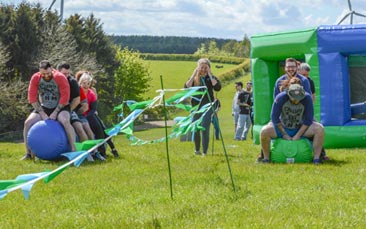 We work with 1000s of suppliers across the UK & Europe so prices, availability, photos and specifics on our geordie games activity may vary depending on your preferred location and dates.

More About Hen Do geordie games...

Ah, the great North East, the land of Geordies and lots of pies. No, we're not being mean, while they do love sports in Newcastle (birthplace of Alan Shearer, Gazza, Steve Cram, Sarah Millican..?), they also love pies. Greggs (birthplace of amazing pies and cakes) started in Newcastle. But the sports we love the most are those that don't take themselves too seriously. And this crazy event is non-stop laughs and some outrageous hen vs hen competition.

(Get your Geordie accent ready...) "May the best hen win... then let's all get some cake!"

Typical events may include:

Geordie Ale Run
It's a race to the end of the track to get the bottle of beer. The slight snag is that you're attached to a huge bungee rope trying to pull you back again.

Kebab Shop Duel
Uh oh! There are not enough kebabs for everyone. In Newcastle, this is no laughing matter and you're going to have to scrap it out for your pitta pocket of potent pork.

On Ya Bike
A huge rotating sweeper arm is controlled by pedal power. Standing on pedestals you'll need to jump to survive as the arm rotates. Yikes!

Siamese Sumo
Imagine being put inside a giant tandem sumo suit with a friend and taking on another Siamese sumo duo. How funny would that look? Wanna find out?

P**sed & Toss
Hmm, yes it would appear you've had one too many, but just like the show, the games must go on. Even if it's all going a little bit sideways.