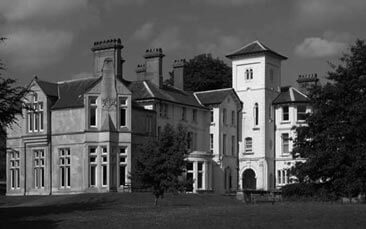 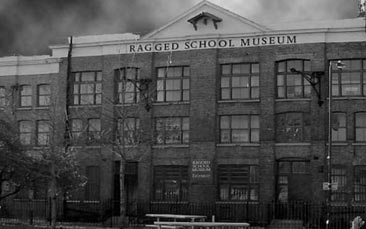 If you need a little more 'Dutch courage why not sample some spirits in our Cocktail Making Workshop?

"It's close to midnight and something evil's lurking in the dark..."

Perhaps this isn't the ideal song to be singing to yourself during our London haunted hen party but it is unnervingly fitting. Fans of TV shows such as Most Haunted will get the chance to experience a real overnight ghost hunt at some of the UK's most haunted sites. You'll be accompanied by our team of experienced paranormal investigators as you conduct a complete search and set out to record any ghostly goings-on. This is one hen activity that really is scarily good fun!

This vast Jacobean mansion is all kinds of creepy. You'll be given access to the entire building with grand rooms and spine-tingling cellars.

The mansion certainly has a macabre past, as well as the famed Grey Lady that has been seen walking the halls and the restoration work that uncovered the mummified body of a baby. The building dates back to the 1600s and contains a chapel, great hall, state dining room, saloon, gallery, cellars as well as the still reverberating screams of previous hen parties.

Ok, we're not going to pull any punches here, previous visitors to this site have quite literally run for the door and fled the building entirely. It really is that spooky and has had more recorded activity than many of our other Haunted Hen Parties. This hen party ghost hunt is most certainly not for the fainthearted... you have been warned!

Repeated poltergeist activity has been recorded here as well as the voice of a young girl crying. Other reported activity includes; laughing, loud banging, heavy footsteps in empty rooms, floating lights and hen parties wishing they were drinking cocktails in a dark club instead.

Many people have grown wary of this old mansion over the years, perhaps with good reason. As paranormal investigators say, the site is "extremely active", sightings of apparitions have taken place in the cellars, footsteps heard in locked rooms, children's laughter has been heard as well as the form of a lady seen walking up the stairs, believed to be the former governess.

The history of the house and land dates back nearly 1000 years and was once owned by the Bishop of London before passing hands to the Knights Templar. Perhaps it's their footsteps that can still be heard?

Sitting on the site of the oldest known prison in England, this ghostly venue's gruesome history can be traced back to 1144. The suffering that the site has been witness to is ingrained in its modern form and often seems to make itself heard; the sound of chains clinking, glasses have randomly smashed, and sightings of a female prisoner chained to a wall.

The prison was linked to the Gunpowder plot and has housed robbers, murderers, debtors, heretics and other poor wretches many of whom were tortured within its walls. You'll certainly be glad to enjoy your own liberty again once the night is over.

Sitting beneath London Bridge you'll be searching for ghosts in an area where hundreds of bodies were recovered from a plague pit. This is perhaps the most terrifying of all our haunted hen nights.

There have been reports of unseen hands touching people, sudden images of human faces, even the BBC came in to report at one point after the builders that discovered the plague pit refused to work in the building alone. The Bridge above is also one of the city's most grizzly structures having had the heads of traitors impaled on its spikes. They could also be a factor in the very high level of a ghastly and ghostly activity that has been recorded in the tombs.