"Get ready to rumble!" 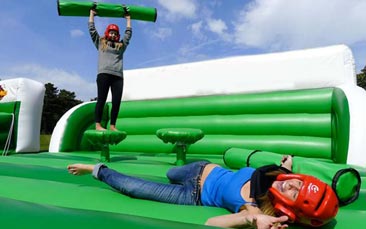 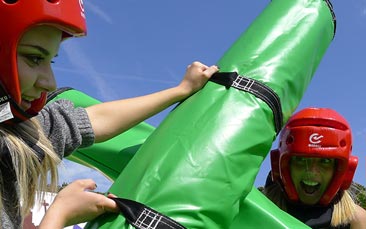 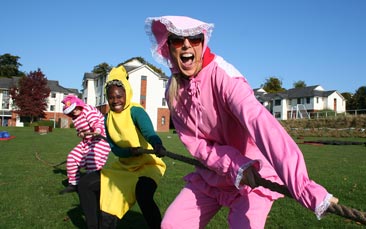 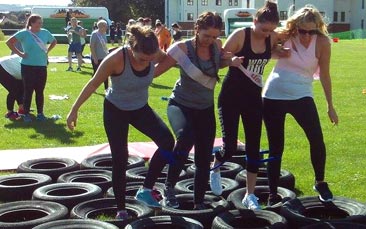 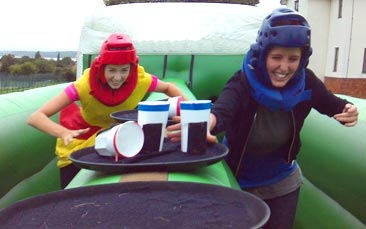 These games can be thirsty work so why not end the day with a fabulous Cocktail Mixing session?

We work with 1000s of suppliers across the UK & Europe so prices, availability, photos and specifics on our scouse knockout activity may vary depending on your preferred location and dates.

It's like sports day for people who don't do sports!

More About Hen Do scouse knockout...

There are many things that make Liverpool great: its curly blows, the Beatles, its football teams and, last but not least, the hilarious Scouse Knockout! If you're looking for an activity that's outrageous, physical, with a big bit of bonkers thrown into the mix, then go 'ed and check out this hilarious hen party Scouse Knockout in Liverpool!

For those of you not in the know, it's like the Olympic Games, but with all the best bits of Liverpool chucked in. The action begins as each team limbers up and prepares for battle! (Fancy dress is hugely encouraged, while many teams decide to opt for team T-shirts with their team name or battling slogans). You'll go head to head as you take on a giant inflatable course with water and foam flying in all directions.

This is non-stop, hilarious hen party madness from beginning to end in a day that will have the girls giggling all the way to the Mersey. Get ready to battle it out in a number of 'boss' games including:

The Grand National - A homage to the greatest horse race of them all... With 'Horsey Hoppers' !?!

Mathew Street Madness - A huge bungee run where the aim of the game is to get the pints of beer safely home.

Shoe Slinging - Love shoes? Love slinging? Then this will be right up your Scouse alley as you hurl shoes with extreme accuracy.

Penny (Bowling) Lane - This is a blindfolded bowling challenge where teamwork is an absolute must.

Duelling Scousers - It's a hilarious fight to the death/pub. You'll fight with huge pugil sticks to be the last hen standing.

The Derby - This is one challenge you'll need to put your weight behind as you put on huge sumo suits in a clash of the giant titans.

Ferry Across the Mersey - A classic tug-of-war with a special Liverpool twist.

Mersey Shower - Time for the bride-to-be to take centre stage as she's questioned by the rest of the hens to reveal the truth, the whole truth and nothing but the truth.

"...Once again perfect! We laughed non-stop! Favourite part of our weekend!..."

"...Absolutely loved this event. Perfect way to sort out our hangovers. Was so much fun...."