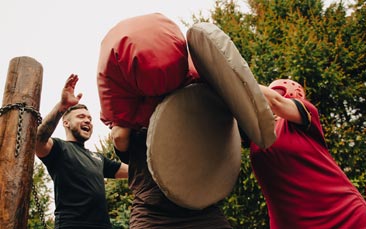 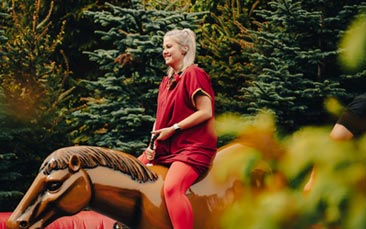 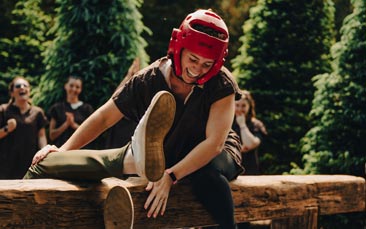 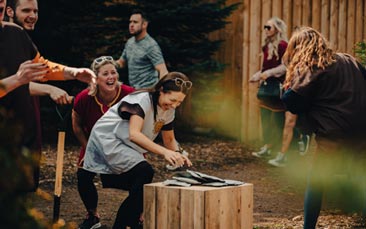 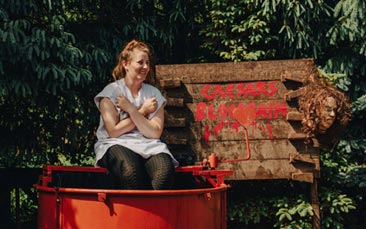 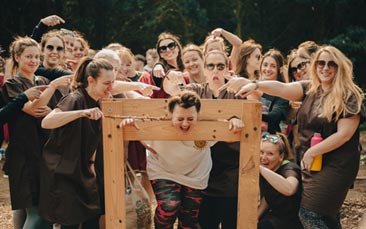 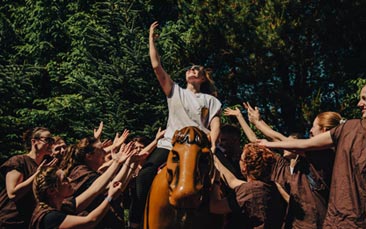 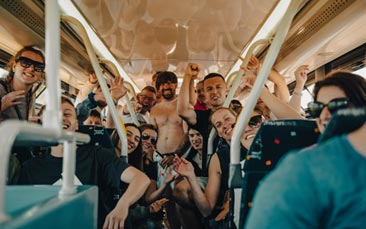 "Are you not entertained?"

The last thing any hen wants is for the weekend they're organising to be one big bore-fest.

No, this is the bride's big pre-wedding bash and it deserves to be memorable.

Well, it doesn't get much more memorable than the hilarious, chaotic and hyper-competitive Gladiator Games.

Yes, on the day you and the hens will split into teams, pop on your togas, and do battle!

You'll each take on eight manic games as you attempt to separate the losers from the Roman Goddesses.

As well as the sporting carnage, you'll be able to make use of the bar on-site to ensure you're all well watered, plus tunes will be pumping out throughout to keep everyone in the party mood.

There will also be six Instagram selfie stations, so you can flood your feeds with all the hilarious snaps from this hilarious activity.

Transfers will also be included with a fun quiz on the way to the event, and music and karaoke on your return to the city.

Roman Wrestling - In Roman times, competitors would cover themselves in oil and wrestle virtually naked. That's perhaps a bit OTT, so we'll give you giant inflatable Roman costumes and a pit to push each other out of instead.

Bash - Gladiators sit astride a huge balance beam armed with giant grain sacks to knock their opponent off.

Blindfold Boxing - As you won't be able to actually see your opponent, we've compensated by giving you GIANT boxing gloves.

Joust - Two gladiators balance on podiums armed with battering rams. The first player to knock their opponent off is the winner.

Tug of War - A classic team event where technique, togetherness and timing will achieve far more than brute strength.

Dung Manager - It's a valuable Roman fuel, and the gladiators that collect the most poo will be lavishly rewarded with team points.

Please Note: Events may change due to weather, numbers or suitability.

"Had an amazing time at gladiator games, really enjoyed it and would highly recommend!"

"Hosts were fantastic. We had so much fun, it was great thank you"

Please Note: We work with 1000s of suppliers across the UK & Europe so prices, availability, photos and specifics on our gladiator games activity may vary depending on your preferred location and dates.