"I solemnly swear I am up to no good!" 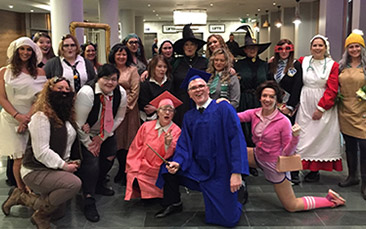 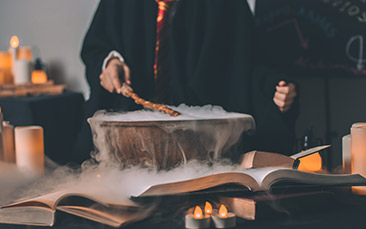 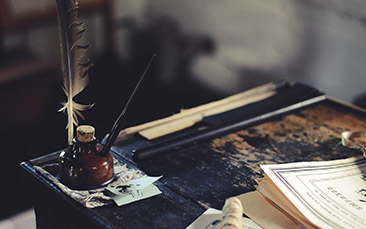 Hit the town for a magical night out with Guestlist Nightclubbing. Read more…

We work with 1000s of suppliers across the UK & Europe so prices, availability, photos and specifics on our harry potter murder mystery activity may vary depending on your preferred location and dates.

Where can you do this?

"Ahh, was it Bellatrix Lestrange in Malfoy Manor with the silver knife… oh, hang on, was it Professor Snape in the Potions Room with the vial of poison? Or Peter Pettigrew in the Shrieking Shack with the werewolf?! Oh, I'm completely lost, where's Hermoine when you need her?!"

Potterheads unite! It's time to put your sleuthing skills to the test as you attempt to uncover a magical murder mystery! You and the girls will head to WartHogs School for Witches & Wizards where you'll have to unravel a gruesome tale.

You'll arrive after boarding a train from platform sixty-nine-and-three-quarters, and it's an exciting time to be visiting WartHogs School as a new, top-secret, magical elixir has just been discovered. However, there's something strange in the air and the bride's lightning bolt scar is beginning to throb! Not is all as it seems…

This professionally hosted, hilarious Harry Potter Murder Mystery puts you and the girls at the heart of the action. You'll be given your characters in advance and you'll all play your parts as you attempt to solve this enthralling whodunit! "Wands at the ready, ladies!"

If the bride-to-be is a massive Harry Potter fan (and who isn't?!) then she'll absolutely love this fantastically immersive, brilliantly interactive hen activity. The event takes place in a private function room, plus you'll also have an evening meal included.

Do you have what it takes to solve mystery?! Or will dark forces rise once again?! There's only one way to find out!

Expect entertainment, laughter and a load of innuendo as you and the girls spend an evening celebrating the bride in the most magical way possible! Feel free to bring along some robes, wands and witches hats to really take the evening and the hilarity up to new levels!