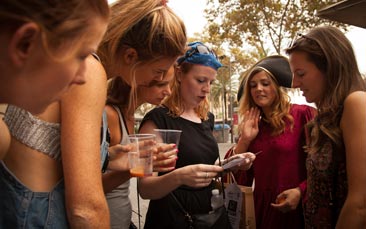 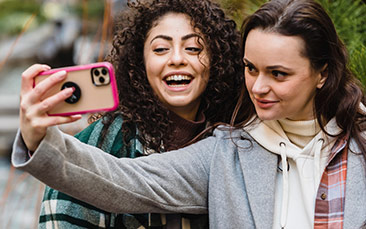 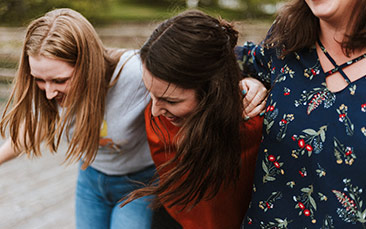 All the puzzle solving is thirsty work. Get rehydrated with an evening Cocktail Making Class.

Our hen party City Treasure Hunt will pit you and the girls in a race against both time and each other as you take on a load of head-scratching clues, challenges and puzzles as fast as possible! You'll split off into two teams and nominate a captain who'll download a specially designed app onto their phone or tablet using the latest smartphone tech.

Then, with the added S.A.S.S brought by your crack team of hens, you'll be led by your brain-teasing app on a hunt around the city. You can expect your treasure hunt to take you to some of your destination's most famous, iconic attractions. Once you're there, you'll take on some mind-boggling (and often hilarious) challenges and puzzles.

But don't take too long, the clock is ticking, and your rival team won't be too far behind! You may be able to crack codes and unriddle riddles, but it's not so easy to get your brains ticking when you're trying to beat the clock. You'll need all your Miss Marple intuition and quick-thinking to suss out the clues that'll eventually lead you to the finishing line!

And if racing against the clock isn't enough to get your adrenaline pumping, you'll also get a live scoreboard to track how far ahead (or behind) you are from your opposing team. But don't worry, we understand that this can turn into thirsty work, so you might be able to find time to stop for a refreshing cocktail along the way.

If the bride-to-be is a fan of Eggheads, Sherlock Holmes or The Crystal Maze, she'll love this outrageously entertaining treasure hunt. It's also a fantastically fun way to break the ice and get everyone working together as they race around the city like headless hens!

"This was so much fun. We were split into 2 teams and it was a great way to see Brighton."

"A really enjoyable experience and a great way to see the city."

Lucy Denyer | Stratford upon Avon
"Everyone loved it"

"This was my first time using an app to do a GPS Treasure Hunt and it was a great success - I've already recommended it to my work colleagues!"

"Couldn't recommend this enough! We had so much fun, sangria pong and running around Barcelona! Very well put together"

Abbie Warrington | Barcelona
"....one of the best activities..."

"This was one of the best activities. It was fun and showed you around the best places in Bath."

We work with 1000s of suppliers across the UK & Europe so prices, availability, photos and specifics on our city treasure hunt activity may vary depending on your preferred location and dates.

"This was my first time using an app to do a GPS Treasure Hunt and it was a great success - I've already recommended it to my work colleagues!" - Zoe Black

butlers in the buff