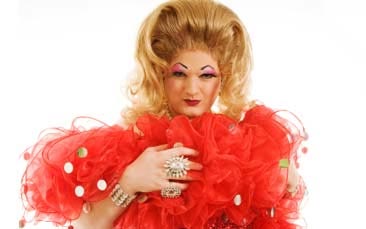 It's showtime, darlings! Are you and the girls looking for the most side-splittingly hilarious and thoroughly entertaining performance in town? Then look no further, our dinner drag show hen nights are the perfect performance for your hen party. It's fabulous fun that is as camp as a row of tents and always glamorous.

You'll head down to one of Valencia's greatest and best cabaret venues where you'll see a live performance that'll put anything you've seen on Britain's Got Talent to shame. You'll be treated to three courses of delicious Spanish food, all washed down with some free wine to get you in the mood for a night of unforgettable entertainment.

Then, the curtain will be raised, and you'll bear witness to a two and a half-hour show of sheer drag pandemonium. These drag queens are no-holds-barred fun that'll have you all absolutely crying with laughter! There's more makeup on display here than you'd find in an entire Boots counter and wigs so huge they border on the ridiculous.

But that's all part of the fun and games as you're treated to a variety of electrifying performances. You'll see comedy acts, some hilariously risque dances and there's sure to be some kind of musical entertainment. These are drag queens after all!

Our dinner drag show hen night will seriously provide you and the girls with a night of non-stop entertainment that you won't be forgetting for a long time. It's sure to get the bride-to-be's famous giggling fits going as you get involved with this group pleasing, feel good experience.

And just remember girls. 'You are, who you are, you are your own special creation!'

"Several hens highlight. The food was amazing. Most of the show was in English. The queens were fabulous."

Please Note: We work with 1000s of suppliers across the UK & Europe so prices, availability, photos and specifics on our dinner drag show activity may vary depending on your preferred location and dates.